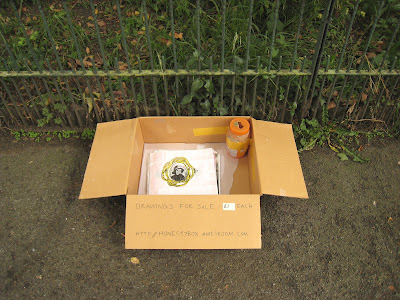 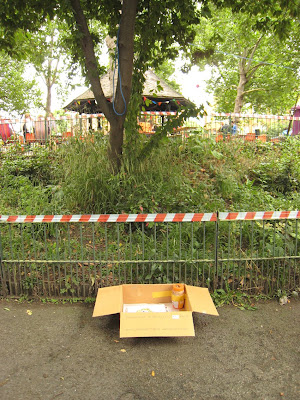 We placed the Honesty Box on the second tier of Arnold Circus. 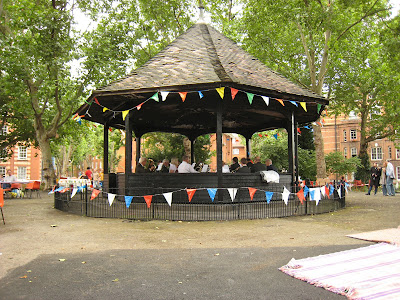 The Pavilion Brass Band played in the Bandstand, making lovely melancholy of a diverse range of tunes. Then there was folk music for the rest of the day, on the bandstand mound, and later inside the bandstand. Some of the musicians were Mariah Harris, Emil Brynge and David Wegne, and an impromptu performance from Sam Lee. Their music was beautiful and moving. It was poignant in the conditions of rain and the damaged , derelict bandstand - their music personalised the space of Arnold Circus, bringing a sense of other stories and histories to layer onto it, and catch or chime with my own; the music's transience felt appropriate given the fragility of the bandstand, and the estate's continuing histories; something that I could only 'hold on to' for myself. Some of the musicians appreciated the drawings, which was nice, as although Honesty Box is always an experiment, and however people respond (or don't respond) to it, is part of that experiement, it can make me feel sad when it is ignored or abused. I hope that something of the thoughts and stories and images that were expressed on the tissues worked their way into the history and story of Arnold Circus in the 'leafing through' that they underwent, as a few people inspected the Honesty Box. 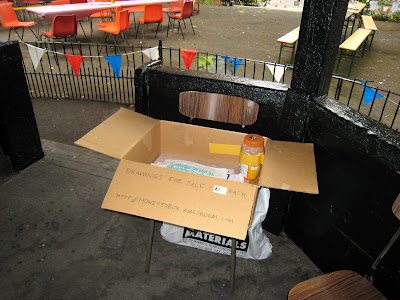 In the late afternoon we moved the Honesty Box into the bandstand as it was raining quite heavily. (It had been spitting on and off all day).
Arnold Circus bandstand is usually painted green, but it has now been painted black, perhaps to conceal fire damage... 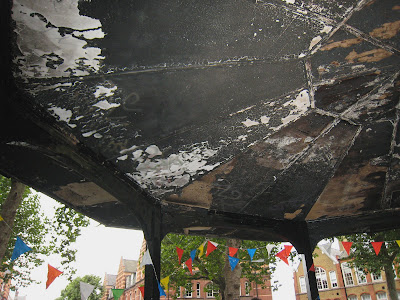 ...the roof of the bandstand is badly fire damaged after the recent arson attack. 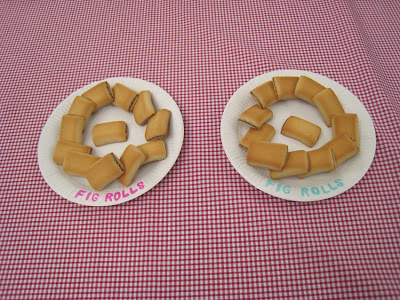 My Brown Food contribution to the 'Sharing Picnic'. Scroll down to have a look at other Brown Food in my previous blog entries. 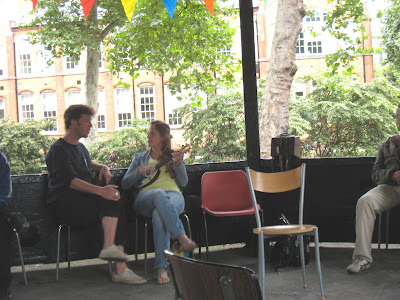 Sam Lee and Ukelele player/singer, performing in the bandstand, at the end of the day, when it was raining and most people had gone home. 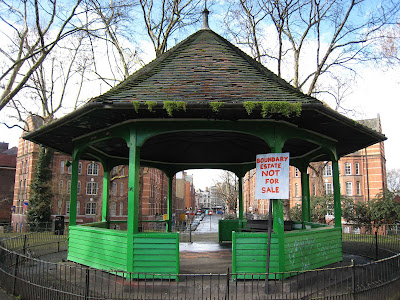 Here's Arnold Circus Bandstand in 2007, when I was campaigning to save the Boundary Estate from being privatised - it is a Council Estate and the council attempted to sell/give it away to a Housing Association, which would have removed it from public ownership forever. The bandstand is in the centre of the Boundary Estate and I and other residents used it as a meeting place during our campaign.
Posted by Gail Burton at 15:02