Hands and Knees after Crawl 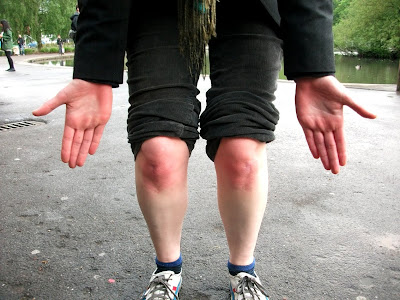 I performed 'Crawl' on Saturday 29th May 2010. I crawled on my hands and knees around the lake of Alexandra Palace Park, which took one hour. It had been raining and the ground was cool and wet. At the end my palms were pink and chafed; my knees were also pink and studded with indentations where small stones had pressed through my worn-thin corduroy trousers into my flesh, some remaining embedded for a time. The dirt and detritus collected on my palms was washed away by the wetness of the clean smooth surface near the end of my crawl. My hands and knees returned to normal later that evening; a patch of eczema which appeared several weeks later on my knees has now disappeared. The clothes which I wore and muddied I have now cleaned.

You can read more about 'Crawl' here. 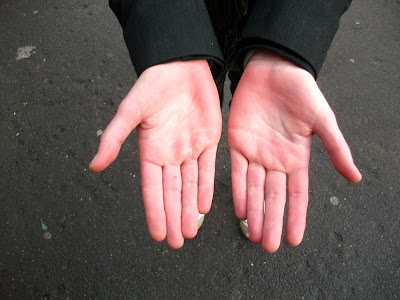 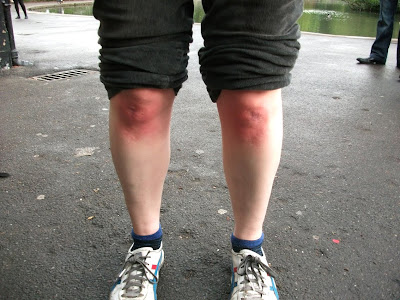 Photos by Tim F.
Posted by Gail Burton at 19:44 2 comments: Links to this post