I have created a new piece of work for the exhibition - ‘OVER: Protest Banner’ – with which I will be performing a solo March, circuiting the lake. The banner will also be on display in the park throughout the show (and the weather).

I will be marching on the following dates:

The banner is inspired by Suffragette textile banners and, in the context of the recent G20 protests and the death of Ian Tomlinson, is intended as a reflection on the role and meaning of protest. The banner is a development of my more ephemeral text pieces, and features an ambiguous statement – ‘OVER’ – which is intended to be open to various interpretations, to allow the possibility of political and also more personal inferences, and so to reflect on our relationship to protest. I envision the solo march with the banner as a contemplative act for myself, and hopefully a spectacle that will animate the banner and its message. The banner will inevitably endure much weather during the time of the exhibition, and will therefore betray something of its use and history by the time of the final march. 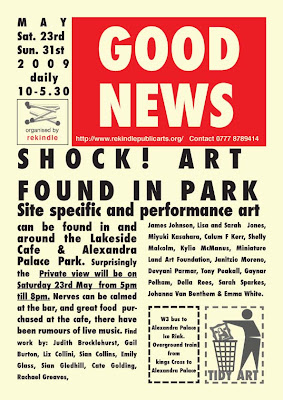 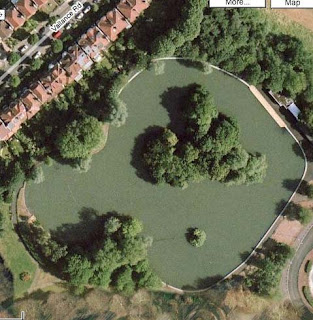